Apple post the jobs era has become a product for everybody company. Their many variations of the iPhone has in fact, for the first time confused quite a few people. The iPhone 7, 7 plus, 8 plus, the iPhone X.

Anyway the iPhone’s offerings still seem interesting among phone geeks and the general public alike. So what’s in store for 2018 for the iPhone?

The New iPhone XS Singapore is releasing this 21st September 2018 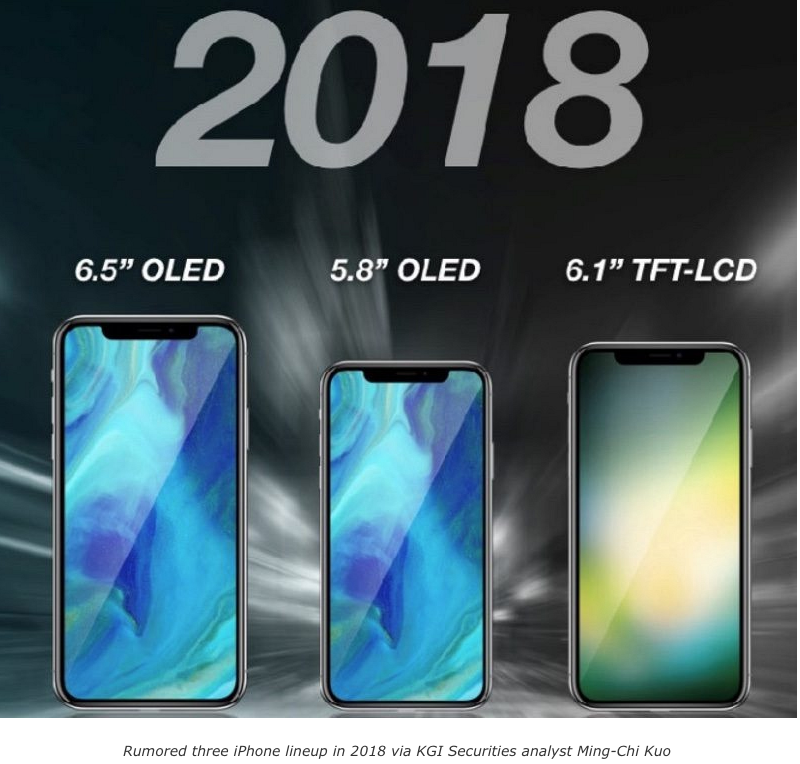 Among the three iPhone’s that are releasing in 2018, the iPhone X is predicted to be the best performing model. How do we know? Apple has provided that information indirectly, by ordering screen panels for the big phone than any other model.

So currently, we have information on three Apple iPhones releasing in 2018. One is an iPhone X successor that has a 5.8 inch screen, same as the iPhone X of 2017. The other is the iPhone X Plus that is expected to be a 6.5 inch OLED behemoth. This will be the largest iPhone ever produced.

The third and final phone is supposedly success to the iPhone 8 and 8 plus. This will be the most affordable of them all and will sport a 6.1 inch LCD display. This phone will have a full active LCD display.

It’s safe to say, all three phones will have an edge to edge display without any bezels. This means, it’s time to bid goodbye to the home button and the touch ID. Apple is infamous for removing existing and thriving technology to establish their authority as this futuristic company.

Apple is in cost cutting mode for the 6.1 inch version. It will possibly have a settl chassis, compared to the aluminium predecessor. The primary camera will be a single camera and will not support wireless charging or the 3D touch.

So clearly the 6.1 version is expected to be the budget version. A lot of reports have suggested that this will retail at $700 to $800.

A triple lens camera? You might have to wait.

Although some rumours have suggested that the iPhone X plus might have a triple lens camera. The schematics rumour might be wrong, because other information that has come up has suggested a triple lens in 2019. The third cut out is possibly for a flash. 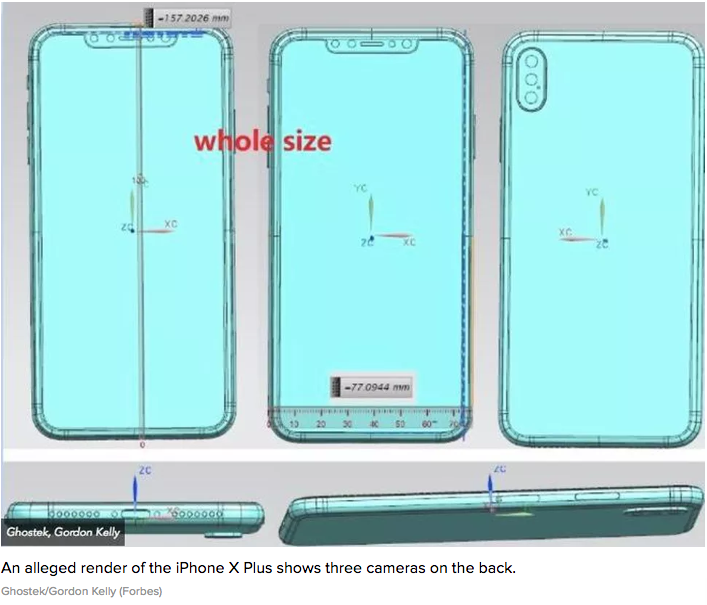 Considering the iPhone X plus is going to be huge, the face recognition will be calibrated for a horizontal screen setting as well, as it’s close to a phablet and a lot of its use will be in the horizontal mode.

It’s also expected that all the 2018 iPhone versions will have the True Depth feature which helps in facial recognition and it’s Apple’s core tech.

The battery will continue to be the two cell L shaped design for the 5.8 inch and 6.5 inch. The 6.5 inch is expected to have more battery capacity. With over 25% more and that will be around 3400 mAh.

The Chipset Upgrade for the iPhone X.

Generally upgrades are considerable year on year in terms of pure numbers. For the first time, we might have a completely insignificant chipset upgrade of all time.

The iPhone X plus will come in the traditional black and white colours and a new gold version as well.

The 2018 iPhones are expected to carry the 18W USB – C adapter and USB – C lightning cable except the 6.1 inch device.  This information is based on the trend of the previous phones like iPhone X, iPhone 8 and iPhone 8 plus have USB – C fast charging.

Without a double Apple’s majority of sales is expected to be from the 6.1 inch budget version, although Apple is really betting on the 6.5 inch iPhone X plus. 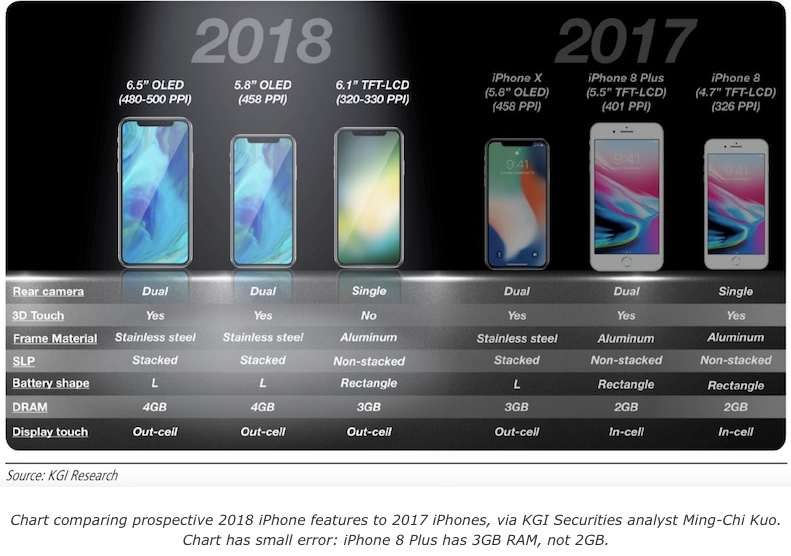 The War with Samsung

Although these phone makers might seem like completely independent companies working alone. They do business with their competitors to reduce costs and outsource reliability.

The screen for the 2017 iPhone X was made by Samsung and it’s one of the reasons the phone cost around $1000. Now, they’ve decided to reduce their dependency on Samsung and will hire LG to make OLED screens for the 6.5 inch iPhone X Plus.

LG has already begun the process by opening a factory in Guangzhou. They might wrestle the production of all display screens for the iPhone from Samsung’s hands.

So there you have it, Apple’s iPhone versions for 2018 are expected to be different in some aspects and the same in some other aspects. But it is sure to keep the world intrigued about its developments.

So what about you? Will you buy any of the iPhone versions of 2018?