iPhone, one of Steve Jobs and Apple’s greatest gift to the world. Back in 2007, when it was launched it stirred up the entire technology industry, with an idea so revolutionary making the ordinary mobile experience more advanced like something no one could have ever imagined.

Since then, Apple is one of the most reputable companies in the technology industry and every time an Apple product is about to launch (especially the MAC and iPhone) the world awaits for the moment that they will be able to experience the feeling into their own hands.

Check out: All NEW release of iPhone XS Singapore

The Limelight Garner-er
Now this September 2017, iPhone is said to celebrate its 10th anniversary of their first iPhone by launching the much awaited iPhone 8 which is said to have the most advanced of features that beat all the other iPhones. As seen in the reign of Steve Jobs, the iPhones were different from each other i.e. the first iPhone and the second iPhone had a huge margin of the difference starting from its appearance to its features to its outstanding operating systems. Steve Jobs made sure that there was the best of him and his company in his entire array of products at the time that he came up with the first MAC.

The iPhone before and after Steve’s sad demise was an utter shock. The ideas were dead, some modifications were made but it still keeps par with the legacy that Steve Jobs started. 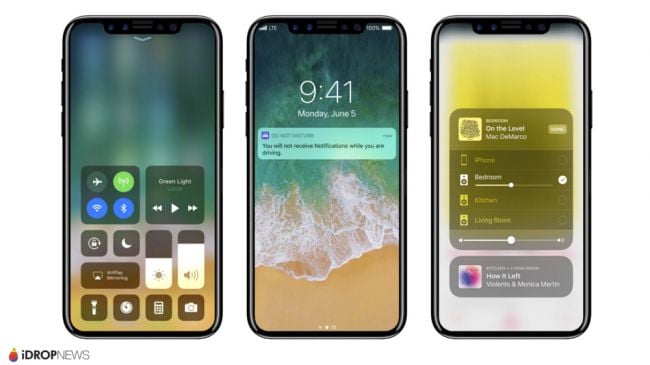 PROMISING RUMOURS about this crazy iPhone model
Talking about the new iPhone, it is being promised in the rumours that are being made by people all over the world is that this product is what will set a benchmark for others in the technology industry. The features, operating system, appearance and look will be an instant catch. There were designs created by Martin Hajek based on the rumoured specifications about the new iPhone 8. The analysts are hoping for a smashing and stronger come back from Apple’s side as this new iPhone venture could make them the first ever trillion-dollar trade company in the mobile industry. There are even speculations that these rumours may be accurate.

It is expected as per a rumour that the Apple industry will launch their new series of iPhone 8 this September 12, 2017, which include 3 designs in which one is redesigned and the other two are said to be the updating of their previous iPhone 7 and iPhone 7 Plus. The said iPhones are to be presented in black and not any other colour until now as per the rumours.

SPECIFICATIONS AND FEATURES
The new in iPhone is said to be the new kind of screen display technology which is called the OLED which will consume less power and will provide darker black screened areas. The design has a change to it too, which is, that the screen display will be larger than the normal 5.5’’ display changing it to 5.85’’ by upgrading the home button into the screen as it is seen in Android phones. This would allow a wider display to the users and the company gets to add more to their original 5.5” display screen. This display screen is said to have a resolution of 1125×2436 but it has been seen as a variable figure over the internet.
The camera (front and back) is said to have a brilliant up gradation which will be that the front camera will have the 3D sensing and modelling function which will allow the user to manipulate their photos. The facial recognition might be added to Apple’s idea of touch ID fingerprint. Still, there are questions in the air about the fingerprint technology’s existence in the new iPhone 8.

The rear camera is said to have two lenses in a vertical position like in the iPhone Plus, though the exact specifications regarding the quality have not yet been heard of in any rumour or leaked content.
The up-gradation is also being made to their intelligent assistant interface Siri. The iOS 11 is said to be better than the previous iOS version enhanced with an LTE technology and that it will make the phone a necessity for the people.

With the promise of usage of less power, it has also been said that this iPhone will not require a charger and will regain its battery using a wireless mode of charging as it has officially joined the Wireless Power Consortium.

It is also being said that there won’t be any headphone jack. The audio accessories are still not disclosed either in the rumours or the company itself.

PRICE OF IPHONE 8 Singapore
Like all the Apple products are which is that they are expensive, this iPhone will also be expensive and will cost around a thousand dollars which are expected to reach the other markets at an even higher price.
When it comes to the ravishing iPhone-8’s price in Singapore, the phone has been priced at S$1000ish for the base variant of 64GB. The iPhone 8 Singapore price can go as high as S$1300ish for the higher-end variant with 256GB of internal storage.

What comes as an intriguing fact with the release of the iPhone-8 is that the phone will not be available in the 32GB internal storage variant. This can be the setback for a segment of the customers around the world. The iPhone 8 Singapore price has been revealed above, the phone will get featured under the flagship category amidst the international smartphone market.

VERDICT
After all, said, people still are extremely excited for the new iPhone. Whereas some are just waiting for the iPhone 8 to launch, many are trying to hack into Apple’s secure databases to get more information about the device and to know more insights on Apple’s upcoming products. The market for Apple is said to go up like it had never before, the market is booming with huge potential.