This September 2017 Apple has come up with three brand new models of iPhone- the iPhone 8 Singapore, iPhone 8 Plus and of course the iPhone X- a US$999 smartphone which is so much more than just a phone. The iPhone X Singapore has all the features of the iPhone8 along with some additional features which are sure to blow your mind. iPhone X is the first ever iPhone featuring an OLED screen with an outstanding display. It comes with other drastic changes like the elimination of the home button and replacing it with the brand new feature called Face ID.

With so many brand new iPhones in the market, you must be wondering which one is the best choice. If you are wondering which iPhone to buy this year just keep reading this article where we are going to talk about all the major differences between iPhone 8 and the iPhone X (Pronounce as iPhone Ten).

One of the first differences you are going to observe between the iPhone 8 and iPhone X is the display. The iPhone X features a futuristic edge to edge screen which totally covers the front part of the handset except for the chunk on the top.

The new edge to edge screen of the iPhoneX doesn’t have any room for the home button. Therefore the Touch ID of iPhone 8 and 8 plus has been done away with in favour of the all new Face ID. The Face ID is a ground breaking technology which allows the users to unlock their phone and authenticate any iTunes purchase simply by looking at the phone. Although the Face ID feature didn’t properly work during the on-stage demo yet it is expected to be much more user-friendly than the Touch ID of iPhone 8 and 8 Plus.

The animoji or animated emoji feature which is available only on iPhone X is a special kind of emoji which can replicate the facial expressions of the users. Though it sounds fun, it can appear to be childish or utterly useless for many users.

The iPhoneX is somewhat limited in colour options. It comes in just two colours – silver and space grey while the iPhone 8 and 8 plus is also available in gold.

Although the iPhone 8 and the iPhone 8 Plus are not even remotely cheap, they don’t come close to the iPhoneX in terms of cost. The iPhoneX which will be available for pre-order from the 27th of October comes with a staggering price tag of $999 for 64 GB storage and $ 1,149 for 256 GB storage. 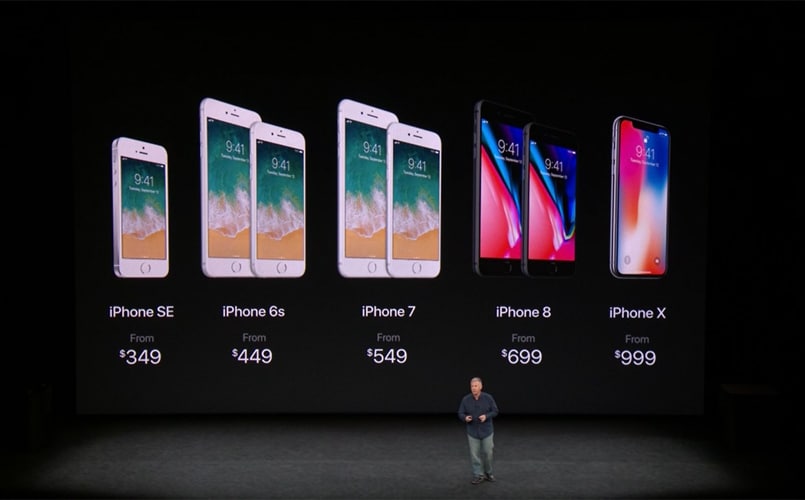 Above are prices in USD launched in US.

iPhone 8 and iPhoneX Prices in Singapore are more expensive than that been released.

Why you might not want to buy the iPhone 8?

Reasons to buy the iPhoneX

Why you might not want to invest on the iPhoneX?

Now watch this video about the new iPhoneX by Apple Singapore

Watch out our iPhone8 and iPhone X Prices Here.