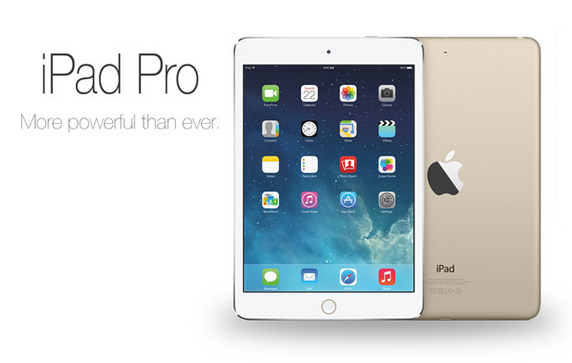 A lot of consumers got excited when Apple announced it will be releasing a new iPad Pro. They already want to find out where to buy iPad Pro in Singapore. A look at the iPad Pro specs shows that it has been designed for the enterprise market, but even non-business consumers will want to own one too. It has a huge screen with awesome resolution. It provides all the features that come with the iOS.

Any review of iPad Pro will always mention its size. It is noticeable bigger than the previous iPad models. You will definitely need a bag if you are going to bring it to places. But it is portable enough to carry wherever you need it.

It weights more than 700 grams, which indicates that the iPad Pro has a lot of features not found in other iPad versions. It is a tablet that has a good screen, great ecosystem, and powerful speakers. The iPad Pro specs are impressive and makes it one of the most powerful tablets on the market today.

The iPad Pro design has been designed for enterprise users and made to be a useful tool in the workplace. Apple might not be releasing an iPad Air 2 this year, which makes the iPad Pro the new top tier tablet from the company. That means it will be considered as a consumer item than anything else.

The iOS 9 comes with a split screen feature, which works well with the iPad Pro. The screen has so much space that allows you to multitask. The tablet has a powerful processor that allows you to reduce the size of the movie you are watching in order to do other things in the background. While this is not an innovative feature, it just shows how powerful the iPad Pro specs are.

While the split screen feature is good, the iPad Pro is still a tablet and not a laptop. You will not have several windows open at any time. It allows you to browse the news and still have an Excel file open.

If Steve Jobs is still alive, he might have something to say about the Apple Pencil. It is a stylus that lets you sketch, annotate, and do other things. Apple said that the Apple Pencil allows better precision than your fingertips. The stylus is good at handwriting recognition, as well as sketching. But the bad news is that you need to buy it separately.

The iPad Pro features a new touchscreen system that can scan at a faster rate. Its Bluetooth connection will ensure that the Pencil knows the angle and the pressure you are applying on the screen. These features make using the stylus more fluid, especially when used with drawing and writing apps.

The Apple Pencil costs $100, which makes it an expensive accessory for an already costly tablet. But on the good side, the Apple Pencil allows the user to annotate, shade and a lot more. It is a good addition that adds to the functionality of the tablet.

Another accessory of the iPad Pro is the Smart Keyboard. It is also on the expensive side, but the keys allow you to type accurately even with its rubber coating. You might think you have not typed the letters, but they have registered perfectly on the screen of the tablet.

According to this review of iPad Pro, there is no doubt that the new Apple tablet has awesome specs that is good for its size. Apple has been marketing the iPad Pro as a creative tool that will allow users to do photo editing and page layouts with ease with the use of the Apple Pencil. Gamers will love the new processor, which is faster than the previous chip used on the Apple iPad Air.

Overall, the iPad Pro is a remarkable tablet. It might feel a little heavier than you might imagine, but it does come with features that make up for the extra weight. It is a workhorse that can improve your productivity. When used with the Smart Keyboard or Apple Pencil, it becomes a powerful tool that can be a good substitute for a notebook. It is recommended for people who are looking for a portable tool to replace their laptop or even the desktop. If you are one of those consumers, then you should head to an iPad Pro Singapore retailer as soon as it is available on the market.