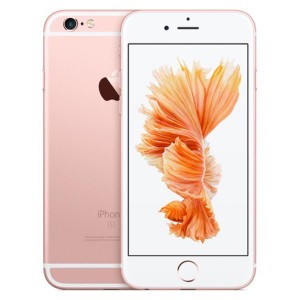 Phone are the hot topic of the world and understandably so when we go everywhere with our phones, we communicate primarily with them and spend most of our time ‘attached’ to them. Just as one phone comes out it seems that almost instantly a new one and another are briefly released thereafter. Well, Singapore iPhone fans this time it seems will be no different. Soon the release of the iPhone 6s will be coming out and a lot’s of people have plenty of questions on whether they should go ahead and upgrade now, or just wait a little while longer. This article will take a look in that and maybe by the end you’ll have been helped in to making a better and more informed decision for yourself.

As far as visually, we are seeing very little difference between the iPhone 6s and the iPhone 6, but from what we’ve come to understand is the 3D technology the 6s uses, is what is really the game changer between the two. Some features remain the same between the two iPhone’s such as memory, however, the 3D touch screen system on the 6s is supposed to be more accurate than previous models. From many iPhone 6 reviews we’ve seen most consumers were definitely hoping for larger storage as they felt it would be a huge upgrade that would be very beneficial considering all the capabilities for the iPhone.

The display on both screens are still the same minus the updated accuracy and 3D technology with the new iPhone 6s. With this technology it now can tell you just how hard you’re touching the screen and this is an added plus with games and developments due to come later on. Once more the design is roughly the same as its former model, except the new iPhone 6s is supposed to be stronger so that it doesn’t bend as badly when in your pocket. Besides the touch sensor and the better durability there isn’t much difference between the two that were seeing. In fact, beyond that, the color that matches the watch really are the only differences between the two models.

We are beginning to see that the camera has been updated for better quality and with an added feature that allows you to capture “live” pictures. This means when you attempt to take a picture it will record a brief video both before and after the picture is taken. Unfortunately, there are still no means to upgrade storage capabilities with memory card or otherwise whereas Apple is preferring consumers to use iCloud for all their storage needs. This is great for those with unlimited data plans, but not so much for areas with poor coverage. While some people were hoping that the new iPhone 6s would be top notch and vary from the former model, for those planning to upgrade you may want to stick with your current model before dishing out the extra cash for essentially the same thing.