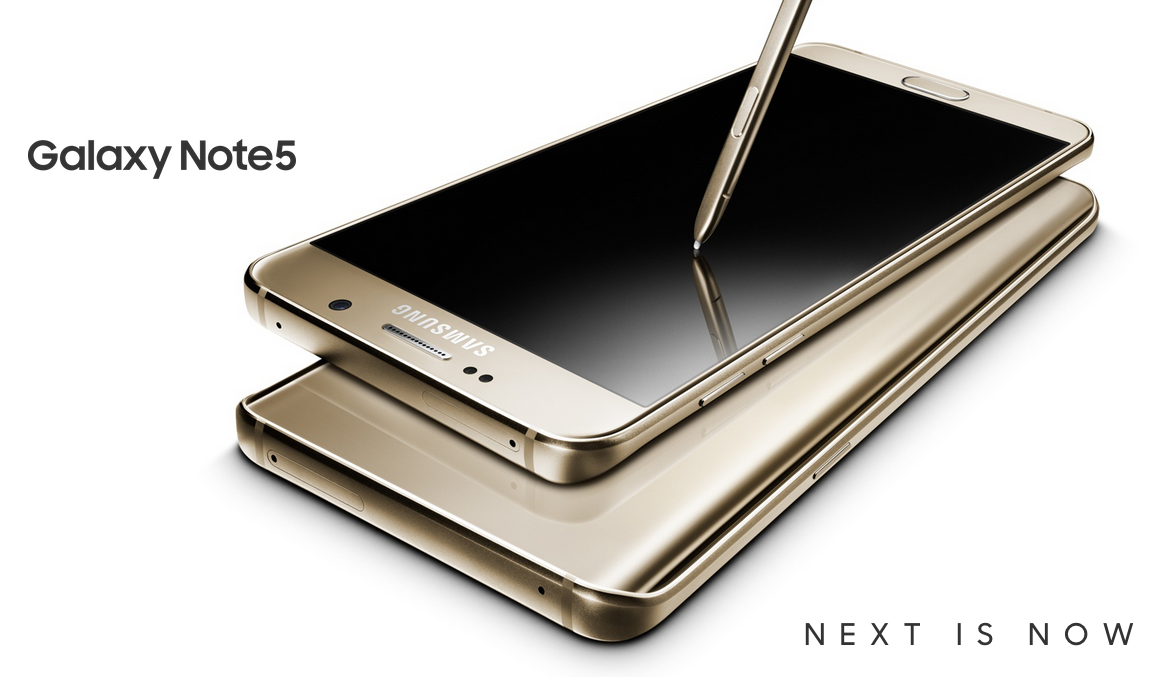 Samsung’s new Galaxy Note 5 is a step up from the Note 4, although not a large step. It enhances a few of the key features, though you might find that not as much as changed as you might have expected. You’ll enjoy the upgraded S Pen (what Samsung calls the stylus) with its improved writing and note-taking abilities as well as the incredibly sleek new shape. The Note 5 is a powerful phone that can easily transfer from business to pleasure without a second thought.

Here’s a list of the key specs that come with the phone:

Samsung too advantage of the curved edge technology and decided to make a much more attractive phone in the Note 5. While the first released model does not have an Edge option, the edges are designed on the back to help you hold the phone in your hand better despite its large size. It’s very comfortable and maintains the sleekest look and feel possible with the new re-design. Unfortunately, the battery is now locked in place and is non-removable, covered by an attractive glass backing.

The new S Pen stylus has a clicker on the top of the pen that helps it to lock in place when you put it in the holster. The pen has a lighter weight than before, making it easier and more comfortable to write with. Samsung has also improved the finer details of stylus writing, helping to make your lines truer and closer to life.

This includes the stock stylus app and the nifty spinning wheel from Note 4. The stylus app has been very well upgraded to run more smoothly, take notes more quickly with the “instant memo” feature, and auto-save the things you create. Additionally, the app wheel now is a much cleaner running feature that allows you to add up to 3 of your own personal choice apps to the display alongside your most commonly used apps.

The camera got a few new modes and features, including a Youtube live broadcast option, tap to focus features, a slide bar to adjust brightness of the picture before it’s taken, multiple saving options for pictures taken in Pro mode (not limiting you to just phone processed pictures, but allowing other formats to be saved), an improved editor which can even make GIFs, video and audio overlap editing. More is available if you download from the camera app.

WHERE TO BUY SAMSUNG NOTE 5

If you want to get a Samsung Note 5 in Singapore, you’re in luck as it was released there from August 15, 2015. These phones should be available from any major phone retailer. The Samsung Note 5 price varies depending on the internal memory. The 32GB costs $875 while the 64GB costs $1,025.