One Plus 3T is a phenomenal phone which has received a tremendous amount of appreciation ever since it entered the market. After the success story of its predecessor One Plus 3, it has definitely followed the legacy. One of the biggest reasons for its success amongst the users and reviewers is that it has a sleek body, highly resolute camera, and a big screen. The battery capacity is also enhanced in this model. In general, more work has been done on the improvement of its hardware and software as compared to its look. The key features of the phone along with details on its hardware and display will be provided in the following section. 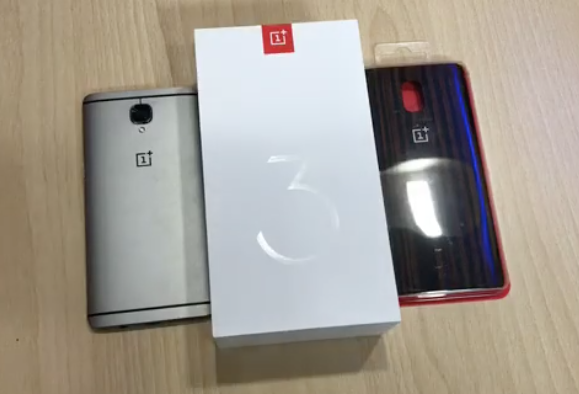 The key features of this phone include a display of 1080p resolution with a 5.5 inch LCD display and a gorilla glass 4. It is available in Gunmetal or soft gold colour. It has a 6GB RAM which makes it really fast. The dual SIM support gives you a possibility to switch between two phone numbers in one phone. It is also 4G LTE enabled which lets you enjoy the high-speed uninterrupted internet. It has a 3400 mAh battery which is non-removable. The non-removable battery might be an issue of concern for some but overall it functions pretty well. It has a very fast battery charging and charges up to 60% in 30 minutes.

One Plus 3T is an elegant looking phone made out of space-grade aluminium making it a sturdy one. It is a light weight phone that weighs 158 grams and has a 7.4mm depth. The camera bumps out a little bit which is a result of its sleek body. This makes the camera lens prone to scratches when left on the table. The phone has a sapphire finish as opposed to the simple glass like its predecessor, giving a nice feeling to its users.

One Plus 3T gives some interesting controls to its users like a full navigation customization options that include on-screen controls as well as the capacitive touch buttons. It can be easily rotated at the software level in order to match the bank or menu key placement you prefer. It also has a fingerprint reader which recognises a tap gesture to go back to the home screen. The phone also offers a nice vibration feedback.

The 5.5 inches screen and a resolution of 1080p is much appreciated by its users and feels just about right. The battery life is greatly enhanced due to the lower screen resolution. For game lovers, the OpenGL ES 3.1 makes gaming more advanced in terms of graphics. The AMOLED panel definitely makes the phone stand out and this becomes better with the great contrast provided by the screen.

Definitely, the resolution of 1080p is not the best for Virtual Reality (VR) and therefore the company does not plan on tapping that side of the market. Moreover, the company does not even have a VR headset of its own. But maybe in future, they plan to make the phone more compatible with VR but they have not given any signals towards it so far.

Overall, the phone succeeds in making its users happy by providing a sleek body, a good battery life, and interesting hardware features. There is definitely scope for improvements in terms of screen resolution or VR compatibility. Check our One Plus 3T Singapore price!

One thought on “Review of the New One Plus 3T Singapore”