Samsung is one of the world’s most popular smartphone companies, and for good reason. The company juggles a lot of things, and between the entry-level M-series, the premium A-series, and the flagship S and Z series of smartphones, it releases more phones than one can count on both hands every year. Unsurprisingly, the company has a devoted following in Singapore, and with the all-new Samsung Galaxy A73 5G, which boasts an amazing camera stack among other features, the company intends to entice even more consumers to its doorsteps.

Pre-orders are available through the Samsung Online Store, Samsung Experience Stores, Samsung’s own Lazada, Shopee, Red White Mobile and Amazon sites, as well as major consumer electronics and IT retailers. 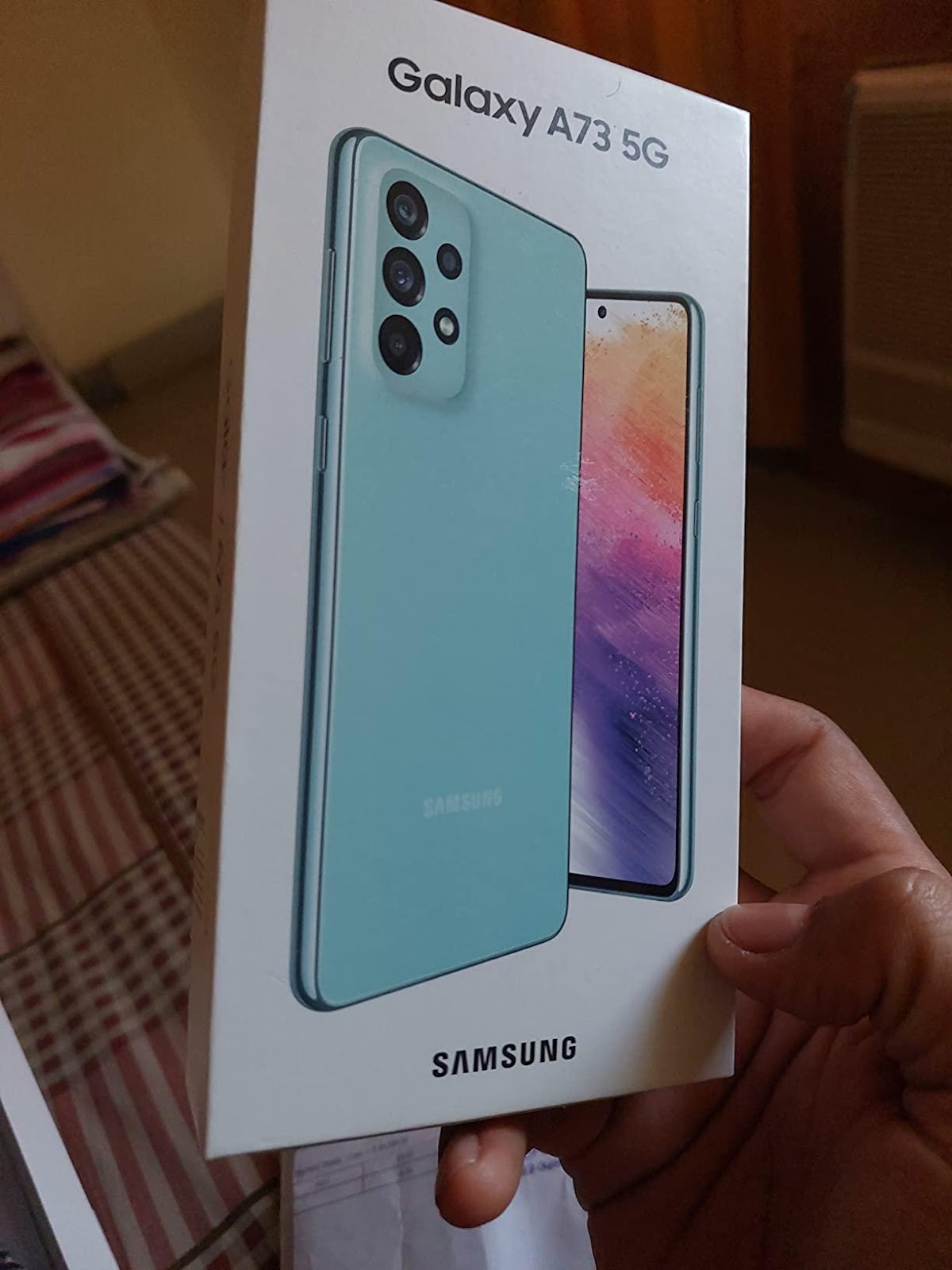 What is all the hype surrounding the A7X series phones?

The phrases “great screen, awesome camera, and long-lasting battery life” are part of one of the most cringe-worthy smartphone adverts ever, but they have always accurately defined the Galaxy A7X line of phones. The Galaxy A70, A71, A72, and now the A73 have come to define what Samsung’s Galaxy A series is all about over the last few years. The formula is simple: give customers everything they want while avoiding compromising the Galaxy S series devices at all costs. However, such is not the case this year.

That’s because the Galaxy A73 ends up being a more appealing option than the Galaxy S21 FE, the closest current-gen Galaxy S series phone. The S21 FE is a good phone, but in practice, most consumers prefer the Galaxy A73, which has supposedly weaker specs. At SG$ 698, the base model with 8GB RAM and 128GB storage delivers the best value, and it’s very attractive in the “Awesome Mint” colour.

For its high-end versions, the Galaxy A series in 2022 has been more consistent in its design than ever before. The A73 lacks any distinguishing features that make you say “wow!” but it is nonetheless a stylish design. If you pick the black colour option, it’s a little boring in certain ways. And the plastic unibody construction immediately lowers the appeal factor as soon as you feel it.

While the phone’s in-hand feel isn’t ideal, it is well-made and comfortable to use. The boxy dimensions make the 6.7-inch real estate feel larger than it is, so it’s not a single-hand phone. While you don’t get glass or metal, you do receive IP67 water and dust resistance certification, which goes a long way toward ensuring reliability. As is standard, there is no case or charger in the box.

The A73, as the best of the Galaxy A series, also has the best-looking display. It is the largest at 6.7 inches, and the Super AMOLED Plus panel is stunning to look at. It is adjusted for brighter and more vibrant colours, as is usual with Samsung. The A73 seems smoother to the eyes thanks to its 120Hz refresh rate, which makes scrolling and other animations appear smoother. It’s worth mentioning that the 120Hz setting drains the battery faster, and there’s nothing you can do about it because there’s no variable refresh rate technology here. For an optical-type sensor, the in-display fingerprint sensor is quick.

This is when the difficult part begins. Samsung hasn’t improved the chipset in this phone from the Galaxy A72; you’ll still receive the Snapdragon 778G chip. Not that this is a sluggish chip, but the semiconductor industry offers several low-cost, high-performance CPUs (MediaTek Dimensity 1200, Snapdragon 870, etc.) that Samsung could have chosen to justify an update. Given the Snapdragon 778G’s five-year software support, I’m curious how it will perform in a year or two.

Nonetheless, unlike its Exynos rivals, the Snapdragon 778G is a fantastic chip right now, with performance and battery efficiency finely optimised. The Galaxy A73 is geared to make the most of One UI 4.1, which is based on Android 12 and keeps everyday activities fast. The Galaxy A73 can handle anything, from launching the Chrome browser to Instagram. Although this isn’t supposed to be a gamer’s option, I played a few rounds of Call of Duty: Mobile and GTA: San Andreas (My all time favourite game), both of which ran smoothly at High settings with High frame rates.

Except for Motorola’s MyUX overlay, the One UI 4.1 software interface is among the most sophisticated Android interactions available. Every page is designed for ease of use, which you will quickly adapt to. The connection with Microsoft and Google apps is superb, and some of the extras stashed away in the Settings are truly helpful (for example, the sidebar or the option to simultaneously stream audio output on numerous devices). There were no UI bugs that I discovered, which is unusual for a new phone these days. The only complaint is that some third-party “bloat” apps come pre-installed (which you cannot remove unless you’re rooted), and the setup procedure insists on installing apps from the Galaxy Store. Given the pricing, it appears Samsung has gone overboard.

The stereo speaker system’s music quality is good and loud enough. Additionally, there is no headphone jack. The Snapdragon 778G allows the phone to enable 5G connectivity, making it future-proof.  The call quality is excellent, and you may record calls without telling the other party using the Samsung dialler app.

The Galaxy A73 5G thrives in this area. The Galaxy A73 performs an excellent job with dynamic range, details, colour accuracy, exposure, and noise suppression thanks to its new 108MP main camera and some creative tuning. The camera consistently captures brighter photographs with ample texture detailing and outstanding exposure management, whether in daytime or inside. And when it comes to human portrait images, the edge detection is excellent, with little to no loss of facial detail. Even at night, photographs with well-managed exposure, outstanding noise suppression, and brighter overall photos are class-leading.

However, don’t expect the 108MP camera to equal the S22 Ultra’s — there’s a notable loss of detail when the two are compared.

The same can be said for the 12MP ultra-wide lens, which pleased us with its colour reproduction and detail. The 5MP macro camera is also good in bright light, but it can’t compete with the Xiaomi 11T Pro’s 5MP macro camera. Video recording is nice but not as good as the iPhone SE – you can only capture up to 4K at 30 frames per second. Although there is OIS, the steadiness isn’t the best we’ve experienced on a phone in this price category. This is sufficient for casual videography, but not for content providers.

The Galaxy A73’s 5000mAh battery normally lasts a complete day on a single charge, with 30-40% left over. This scenario was conceivable without hour-long gaming sessions or video binge-watching. The Galaxy A73’s battery may easily last a whole day in the most basic scenarios. There’s support for 25W rapid wired charging, however, you’ll have to wait about 1.5 hours for the battery to charge from below 10% if you obtain a suitable charger.

Verdict
With all of its advantages and disadvantages, the Samsung Galaxy A73 5G has surprised us! Unlike the Galaxy A53 5G, this one functions as expected in everyday situations. The A73 remains quick and fluid despite sticking with the Snapdragon 778G for another year. The colourful display, as well as the superb camera performance, contribute to its appeal. The rest is on par with the competition, but Samsung has a lot of room to prove it can do better. The Galaxy A73 is an easy suggestion for someone looking for a great Android phone.

When compared to the Apple iPhone SE 2022 in the same price range, the Galaxy A73 appeals to the eyes more due to its superior display, longer battery life, and diverse cameras. It also makes a strong case for durability, with 4 years of OS support and 5 years of security support.

The worries stem from the competition it confronts from its Android counterparts. Smartphones like the iQOO 9 5G and Xiaomi 11T Pro are considerably superior in most aspects at similar or lower pricing. These phones outperform the Galaxy A73 5G in terms of hardcore specs alone. The iQOO 9 and Xiaomi 11T Pro will always be the popular picks, with 20-minute full charge, true flagship-grade performance, and slightly better cameras.

Is the Galaxy A73 worth SG$ 698? The simple explanation is that it provides a high-quality user experience right out of the box. Most of the time, the One UI software provides a full smartphone experience equivalent to iPhones. When it comes to the overall package, the Galaxy A73 5G does not disappoint. It may lack the muscle to brag, but it is the most reasonable purchase for people looking for a no-nonsense smartphone. Before you settle for one of the flagship killers, give it a shot.