The Honor series of Huawei had some pretty interesting offerings but the one that amazed the people most was 2015’s Honor 7. That mobile phone was very good in performance only except in the department of the battery where the performance was seriously very poor. Now literally after one year in October 2016, Huawei came up with their latest addition in the Honor series, Huawei Honor 8.

This successor of Honor 7 has been priced high $500 range in Singapore thus it is placed in the upper tier of the mid budget smartphone range. Due to the price range in which it falls, the phone is directly in the line of cross fires between OnePlus 3 and Asus Zen Fone 3, both of which has proven to be excellent choices for people.

There is no denying that Huawei Honor 8 Singapore has some excellent features and specifications. But can it be helmed as a giant killer in the market? Well, there is only one way to find out. Let’s review this newly launched model from Huawei and find out. 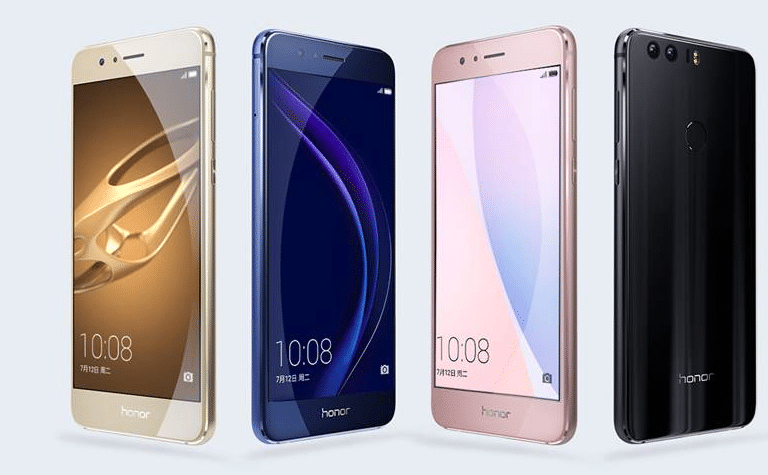 In Honor 8, the usual design  that we have seen  for the other Huawei phones have been completely overhauled and new interesting features have been added which do not only provide the smartphone with a striking look but also increases its aesthetic value. There are few elements that have been conceived from Samsung A-series of 2016 like the metal frame sandwiched in between two sheets of glass. Though these gives a wonderful look to the phone but it also makes the phone very slippery which you will start to feel within few days of buying the phone. There is another problem, finger imprints all over the phone which is caused due to the slippery surface of the mobile phone and it does actually make Honor 8 look dull.

The Honor 8 has a 5.2inch 1080p full HD display along with a pixel density of 423 pixels per inch. The text in Honor 8 is razor sharp, the colours are very vibrant, the angles for viewing are highly commendable and you will also customise your display by going to the display settings panel. The phone also has tiny borders in either side of its screen which makes the Honor 8 highly convenient for one hand use. This newly launched smartphone is also very light in weight at 153g thus you will never have to feel the burden.

Honor 8 also has an internal memory of 32GB and it can be expanded to 128GB by using a micro SD card. The smartphone runs on a 3000mAh non-removable battery and the battery department surely has improved a lot than that of its predecessor.

As far as camera is concerned, the Honor 8 comes with a 12MP rear camera and a front camera of 8MP.The phone captures truly amazing picture and it can also be customised to only focus on the objects within 2 metres of the photographer by blurring the background. The phone also supports 4k media playback and also accepts 3G/4G nano SIM.

The Honor 8 is no doubt one of the best phones in the market and is on par with its competitors OnePlus 3 and Asus Zen Fone 3. Though the slippery body needs to be improved but overall this smartphone is a real winner.

Check out its latest pricing HERE.